Ours was a poor boy scout troop. Few of us could afford a shirt, let alone a full uniform. Most of us got by with a red scout kerchief tied around our necks. What we did have were two Korean War veterans who made terrific scout masters and mentors.

Sam and Ray were two men with very young families of their own who gave up their time to teach us, not only scouting, but actual survival skills, self-reliance and courage. Life skills.

We learned everything by the book and beyond. They scheduled camping trips at least four times a year; one for each of the changing seasons. Sometimes they actually waited for a rainy day forecast. Then they took us camping in the mountains.

Every boy knew how to pitch a tent or lean-to, use an ax and thick bladed camping knife, or how to pack supplies and equipment into his backpack. We kept things light and dry as water, except when cooking and drinking, was the enemy.

Their entire philosophy was based on four very important words: Build a good fire! Winter, spring, summer, or fall, nothing provides comfort and confidence like a brilliant, warm, crackling fire. The kind you build with patience, using very small dry twigs stacked carefully to allow oxygen to reach the flame. Then add mid-sized branches, with medium and larger ones all collected in advance and cut into proper sizes. No need to search during the night for more fuel.

The fire would burn so hot that it began to crumble and fall into itself, creating a bed of glowing coals that turned from bright yellow-orange to a deep, dark red, with blue flames flickering about underneath.

Finally, it would change into a deep, dark black-red flame that would smolder and be there all through the night, ready to welcome you in the mists of morning, still warm and ready to burst into life with a few dry twigs tossed on top.

The smell of fresh brewed coffee and strips of thick bacon being fried on a flat stone or iron skillet, spread through the entire campsite, with pancake batter baked thick like a biscuit and eaten hot while warming your hands and fingers. Was anything ever so great as those smells and tastes?

On my first spring, cold rainy day camping trip, Sam and Ray just stood beside me watching as I used my knife to strip the wet bark from the twigs and small branches, and then whittle them into strips the size of toothpicks. It was my turn to build the cooking fire that everyone would be counting on. I ignored the cold numbness in my fingers and stacked the wood carefully before using the one barnburner match given to me to light the fire. I had all the other pre-cut branches stacked under the square tarp attached to the front of the tent; keeping off the rain. I held my breath, cupped my hands to block the wind, and struck the match. Instantly, the flame took hold, the fire burned. I would build it slowly; a good fire, strong enough now to burn through the wet bark of larger branches and ignite the dry wood underneath.

Whether we were tying knots, cooking on a spit, pitching a tent, or building a debris hut, Sam and Ray would teach us first, then assist us for a few times, and finally simply watch; let us fail and begin again until we got it right.

By the time we were teenagers and no longer scouts, small groups of us would go off into the mountains for days or weeks at a time in all kinds of weather. Nothing could replace that sense of freedom; of being connected to nature and answering only to her natural laws. The hardships were a challenge. They were fun!

Now that we were older we carried rifles or bows and arrows to hunt small game and always had a length of fishing line kept in reserve. During school days in our rural culture, it was not unusual to see the principal, shop teacher, and math teacher talking with a student in the school parking lot as he showed them his bolt-action 30.06 deer rifle with a 6x scope. No student or teacher was afraid or felt threated in any way. It was very different in the 1950’s.

My high school class graduated in 1960 and four weeks later, at the age of seventeen, I traveled to Fort Jackson, South Carolina for basic training in the United States Army.

Just prior to leaving I stopped by the neighborhood where Sam and Ray lived. They had mentored me since I was twelve years old and I wanted to say thank you and goodbye.

Since they lived on the same street, we talked in the living room of Ray’s house and laughed about old camping trips from my younger years. Then we shook hands and they wished me good luck.

As I started through the door Sam called out, “Ronnie, remember to always build a good fire.”

I knew exactly what they meant. It all came down to this one last lesson, one last bit of advice, one last moment in their lives and mine.

I smiled and said, “I will.” Then I closed the door.

And I did. The fire still smolders, dying down only to ignite again with the beginning of each new day. Sam and Ray taught me well. The fire burns strong. 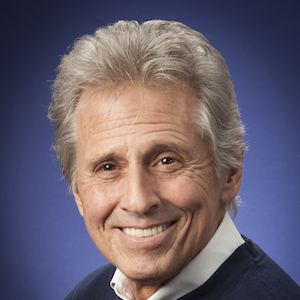 Author - Homespun Tales
eBook - Paperback
Following high school, I served in the US Army, attended the Peabody Conservatory of Music, performed as a professional musician and singer, owned a martial arts school, managed a regional insurance and financial services firm, served as a motivational speaker, and coached boys' high school soccer. I am currently retired and reside with my wife and two children in Goochland County, Virginia.